Love this Love I Known 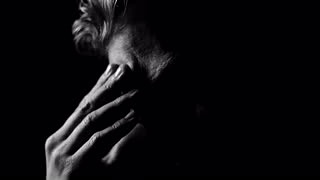 In the joined spirit of your love-remembrance

once again my broken pen shed in black-blood

reflecting the whispers of your last words rustling

afflicting it with every strike my frostbitten heart

it breaks into ceaseless fragments, it hardly bleeds.
The joined images keep rustling are breathless

every time her face flies into my mind leaves me restless

it startles my whole being and leaves me lifeless

a flow of reminiscent threads with the twinge of pain

descends my isled-eyes with racing moisture

a voiceless groan within occupies my whole existence

pains are too great these days – break-dancing-

and startles me the murky in aloneness .
I am a soul cut off from the strange skies not

but from the soul-love, I wished to rise with

the pale and pester eyes made me too gaunt

joyless as unearthing left out in a thin skull

as of the decayed grass blade.
I am a silence seeker now – too recluse

ansuffer too much my eyes to hunger for your face

the light turns even into a shadow upon my pale face

I keep bending my head to hide the moisture

only those can see my tears falling on my chest

who stand near and hearken my fast heart-beat

who stand near and see how the silence breaks its pain

who stand near and watch me struggling with

the current of flow rain and storm…..

who stand near and watch me healing my own pain

Who stand near and watch me putting my own fingers

in my own fresh bleeding wounds…….